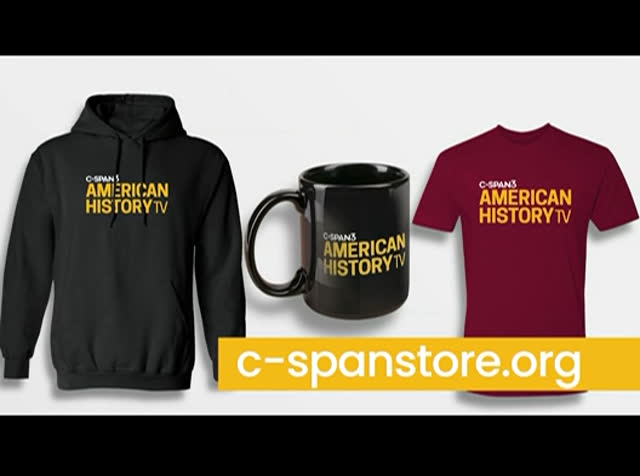 >> during world war ii, the u.s. government contracted walt disney studios to create 32 animated short films. disney also contributed to hundreds of training and informational films for service branches and the office of war information. on reel america, from 1943, education for death, the making of the nazi, based on a book with the same title, this cartoon lampoons the hitler youth.
7:26 pm 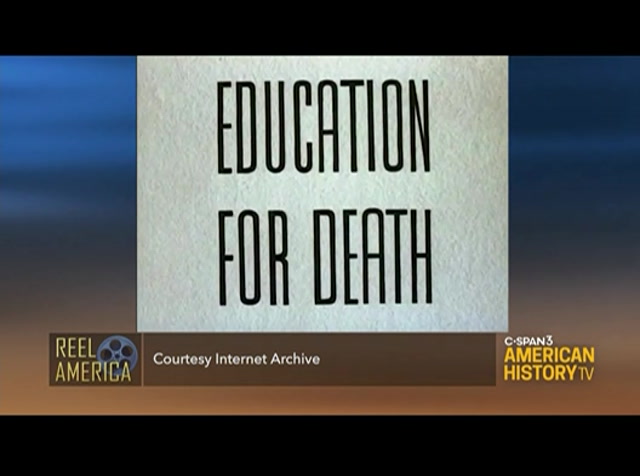 >> what makes a nazi? how does he get that way. let's look into the process. to begin, the nazi control of a german child start as soon as he is born. a young german couple has come to register the birth of their son. >> heil hitler! >> heil hitler! >> those documents are brought to deficits all the way back to the great grandparents, proving in court that they are pure
7:27 pm 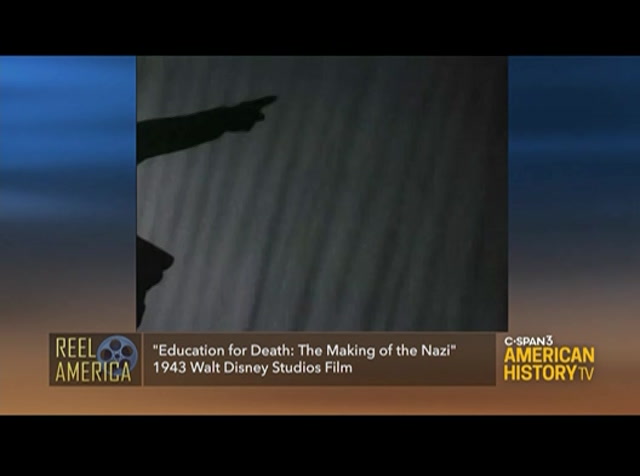 area. the mother wants to call her son hands. and seems to be okay for the time being. this is their hereditary passport, with space for 12 future children, a subtle hint that germany needs soldiers. as a reward, they get a copy of germany's bestseller. now let's see what happens to one of hitler's children. kindergarten, and little hans learns the fairytales of the new order. remember the story of the sleeping beauty? hans was taught that the wicked witch was democracy and sleeping beauty, who can she be? here
7:28 pm 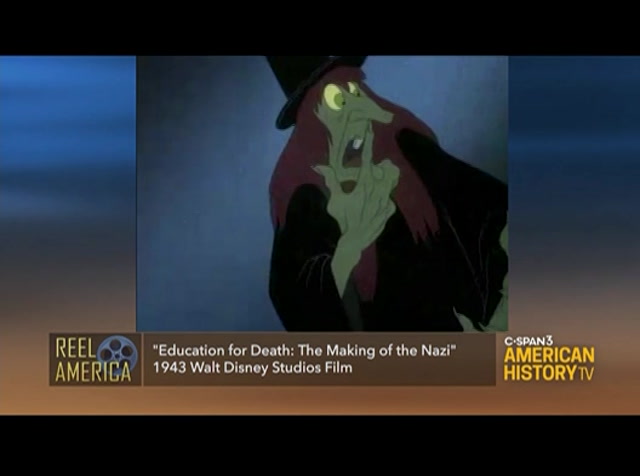 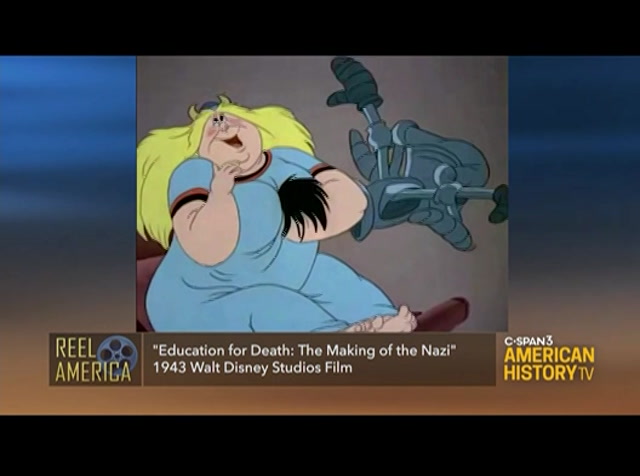 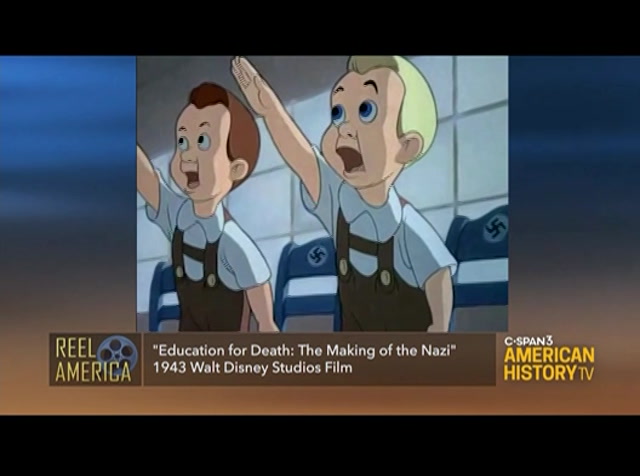 molding the young nazi mind. hitler becomes hans's idle. but one day, hands become sick. his mother was praying that her son gets well. she knows the are unfit are taken away by the state and never heard from again. >> heil hitler. >> heil hitler. >> this superman has just
7:31 pm 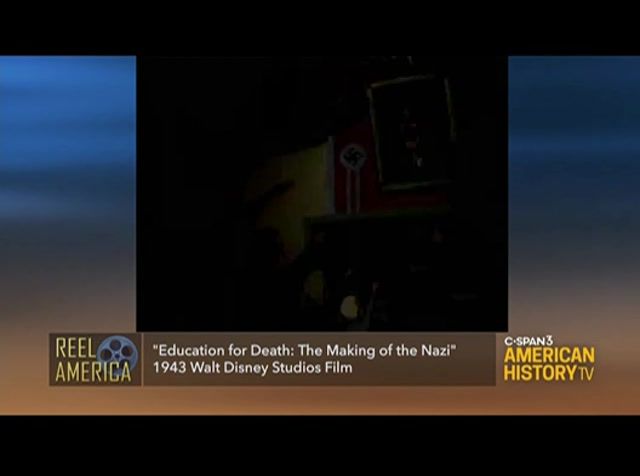 reminded hans's mother that unless this mollycoddling stops, the state will have to step in and take over. hans recovered. back in school, he is giving his daily pledge to fight, obey, and die for his fuhrer, which pleases the fury very much, and hair gathering and hair gobbles to. >> hans's schoolteacher is about to give the class a lesson in natural history.
7:32 pm 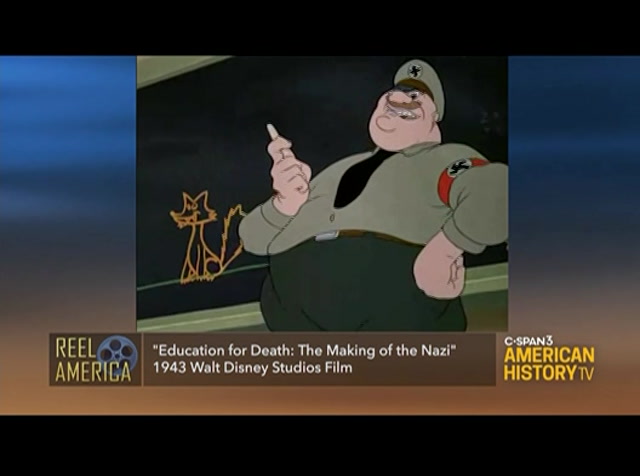 >> now let's see what they learn from this little lesson. he said the poor rabbit. is he out of his mind? >> what would the fuhrer think of such a stupid answer? what would goering say? and here goebbels? now, who can give the correct answer? the world belongs to be strong. and to the brutal. the rabbit is a coward and deserves to die. they spit on the rabbit. nice kids.
7:33 pm 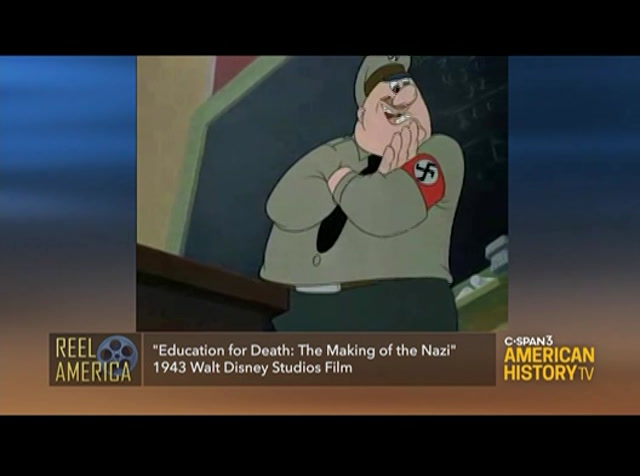 >> gut. (speaking german). >> he hates the rabbit. there is no room for weaklings. hans is learning fast. my, how he hates that rabbit. hans has come around to the correct nazi way of thinking. nice going, eh, adolf? (speaking german) >> yes, this lesson is the basis for the nazi creed, for germany will likewise destroy all week and cowardly nations. all weak and cowardly nations. "germans are a super race. all others will be slaves. germans are unconquerable. they fear no
7:34 pm 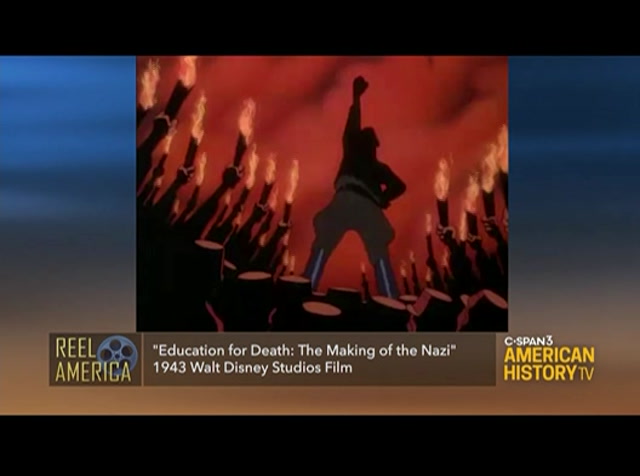 one." listen to the fanatic pride. "today, we own germany, tomorrow, the whole world." hans is now ready for the higher education, as dictated by the fuhrer. marching and heiling, heiling
7:35 pm 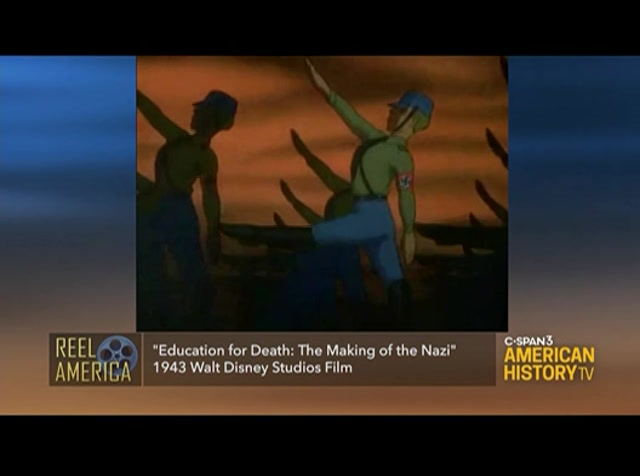 This World War II Walt Disney Studios animated short film is about the Hitler Youth, based on a book of the same title by Gregor Ziemer.

This material may be protected by copyright law (Title 17 U.S. Code).