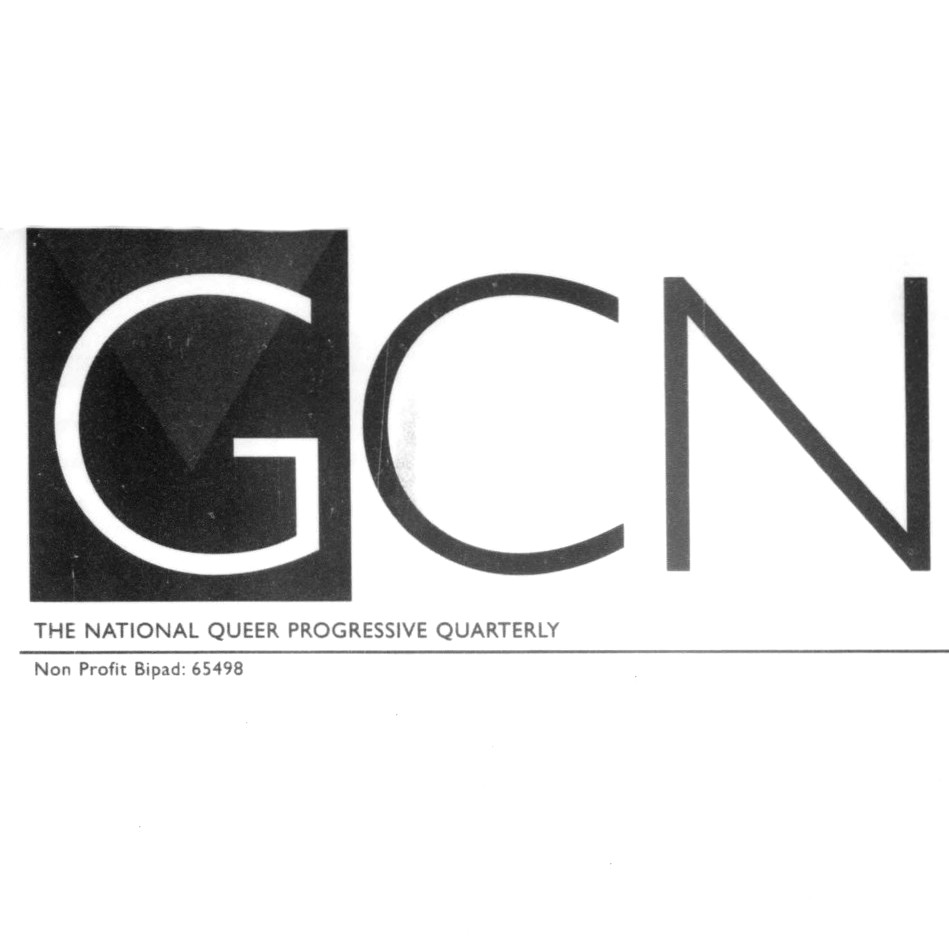 Gay Community News (GCN) was an American newspaper designed as a resource for the LGBT community.
More...

Gay Community News (GCN) was an American newspaper published quarterly by The Bromfield Street Educational Foundation. Launched in 1973 as a weekly newsletter, it was soon expanded into a major newspaper designed as a resource for the LGBT community. It briefly suspended print in 1992, resuming as a quarterly the following year, before ceasing publication in 1999.

Each issue featured original articles and opinion pieces covering a wide variety of gay and lesbian-related news. Published works covered a range of topics that, at the time, were off-limits to other publications, such as feminism, antiracism, multiracialism, class issues, AIDS, and sexual liberation.

In 1987, the newspaper published a satirical article by Michael Swift entitled "Gay Revolutionary" that describes a scenario in which homosexual men dominate American society and suppress all things heterosexual, lampooning the so-called "gay agenda" propogated by conservative right-wing Christians. Decades after the article's original publication, conservative religious groups continue to quote "Gay Revolutionary", but omit the crucial first line of the piece: "This essay is an outré, madness, a tragic, cruel fantasy, an eruption of inner rage, on how the oppressed desperately dream of being the oppressor." The original article has come to be known as The Homosexual Manifesto.

The Internet Archive Collection contains microfilm published between 1997 and 1998.

Summary
Gay Community News (GCN) was an American newspaper designed as a resource for the LGBT community.