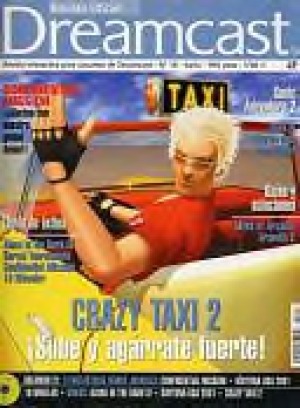 SHOW DETAILS
up-solid down-solid
SORT BY
VIEWSTITLEDATE ARCHIVEDDATE PUBLISHEDDATE REVIEWEDDATE ADDEDCREATOR
Prior Page
eye
Title
Date Published
Creator
No results matched your criteria.
DESCRIPTION
Revista Oficial Dreamcast (in English, Official Dreamcast Magazine), is a Spanish magazine printed by Hobby Press S.A., better known as the company behind the Spanish magazine Hobby Consolas. The magazine was launched with two supplements appearing in Hobby Consolas in October and November 1999 and one in Micromania, another Hobby Press magazine, in October 1999. The magazine itself launched on December 20, 1999. The magazine served as the distributor of DreamOn discs for Spain. At the end of the magazine's run, a final supplement was included in the August 2001 issue of Hobby Consolas.
ACTIVITY